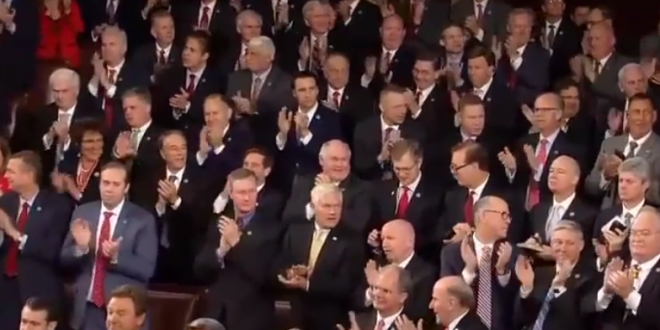 If Fox News acts like the state-run-media of the Trump administration, as some media critics have suggested, then the Daily Caller is its younger, more embarrassing state-media sibling. And the website finally got some of that White House attention they’ve been craving by publishing an article fawning over the number of claps the president received during his State of the Union address.

A mass email sent this morning by the White House, prefaced with “ICYMI,” touted a Daily Caller article titled, “Trump Breaks Nearly All Applause Records on State of the Union Addresses.” It even includes a State of the Union video montage edited to feature five minutes of attendees clapping for the president.

“President Donald Trump broke nearly all records for a modern State of the Union address, generating 115 rounds of applause as he addressed the nation for his first official review of his presidency, according to a Daily Caller News Foundation review,” wrote the Daily Caller‘s Richard Pollock.