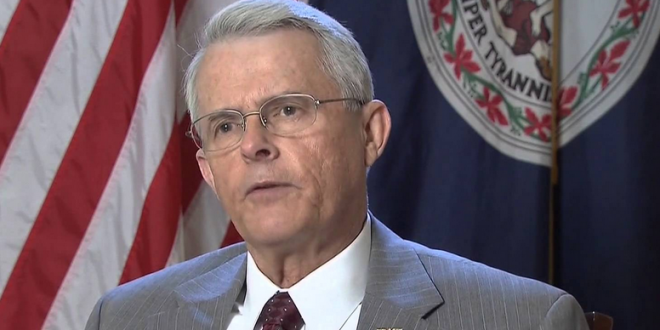 Virginia House Bill No. 1592, known as “The Human Trafficking Prevention Act” was introduced Jan. 19 and proposes making it, “unlawful for any person to distribute or sell any product that makes content accessible on the Internet unless the product possesses an operating digital content blocking capability that renders obscene content, including obscene items, obscene performances, or obscene exhibitions, inaccessible.”

In order to get “obscene content” unlocked, people in Virginia would have to pay $20 to the Virginia Prevention of Human Trafficking Victim Fund. The bill does not identify if the $20 would be a one-time fee or an annual fee. The bill has not been voted on yet. The bill also does not explain how the funds will be used to battle human trafficking.

The bill was introduced in the Virginia House by Del. Dave LaRock and its sole sponsor in the Senate (so far) is whackadoodle Dick Black [photo], who is a regular on the LaRouchePAC YouTube channel and who was rather famously endorsed by the Russian state media outlet RT.

Black has introduced a number of loony bills, including a response to Columbine that would force students to address all teachers as “Ma’am” or “Sir.” He’s also opposed a bill on marital rape, saying it’s impossible to convict a husband when “he’s sleeping in the same bed, she’s in a nightie, and so forth.”

And of course, Black has opposed every LGBT civil rights issue, comparing homosexuality to incest and polygamy, the latter of which he says is at least more natural. Black’s Wikipedia page is cavalcade of clown car crackpottery.