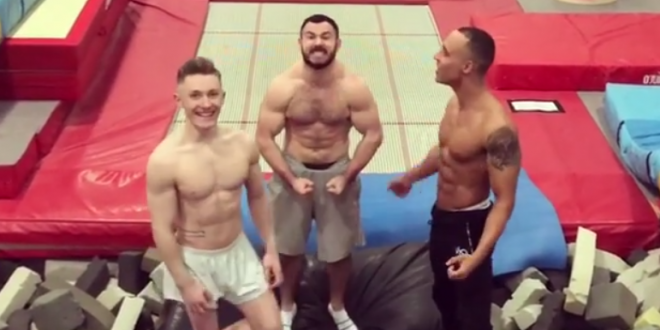 We need a little silliness today.

Three gymnasts are proving there’s more than one way to put on your pants in the morning. British Olympic medal-winning gymnast Nile Wilson is going viral after posting a video of him and fellow gymnasts Ashley Watson and Luke Stoney ‘getting dressed.’

The video shows the trio performing more and more complex leaps to get into a pair of shorts. One flips into the air while the other two hold the pants open for the landing. The clip, posted to Instagram on Saturday, had more than 3.9 million views by Wednesday.

Scroll over the image for the play button.

How Gymnasts get dressed 😱 Stepped it up a level! @ashwatson92 @lukestoney94 🙊 Who thinks they can challenge?🤸🏼‍♂️ Tag a friend 📲