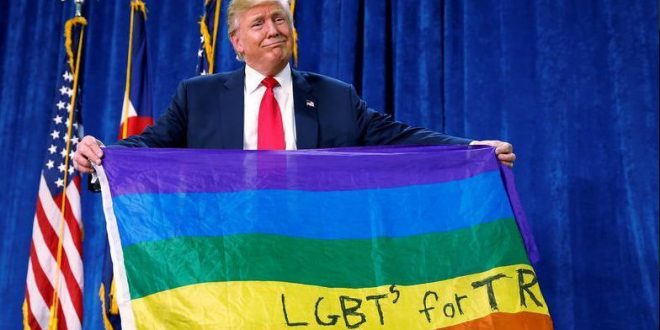 GLAAD, the world’s largest lesbian, gay, bisexual, transgender, and queer (LGBTQ) media advocacy organization, today announced the findings of its fourth annual Accelerating Acceptance report, a national survey among more than 2,100 U.S. adults conducted on GLAAD’s behalf by The Harris Poll. The results were announced during a panel discussion hosted by GLAAD and The Ariadne Getty Foundation at the World Economic Forum in Davos, Switzerland.

For the first time in the report’s history, GLAAD and The Harris Poll found a drop in acceptance of LGBTQ people. As President Trump prepares to address the heads of state, business leaders, and largest philanthropists at the World Economic Forum Annual Meeting, GLAAD is on the ground in Davos to shine the spotlight on the rollback of LGBTQ acceptance, debut new initiatives, and be the lead voice for LGBTQ people around the globe.

Less than half of non-LGBTQ adults (49 percent) reported being “very” or “somewhat” comfortable with LGBTQ people across seven situations. This is a significant decline from 53 percent last year and the first time the Accelerating Acceptance report has shown a drop in acceptance for LGBTQ people.

GLAAD and The Harris Poll found that 55 percent of LGBTQ adults reported experiencing discrimination because of sexual orientation or gender identity. This number is a significant 11 percentage point increase from the previous year (44 percent).