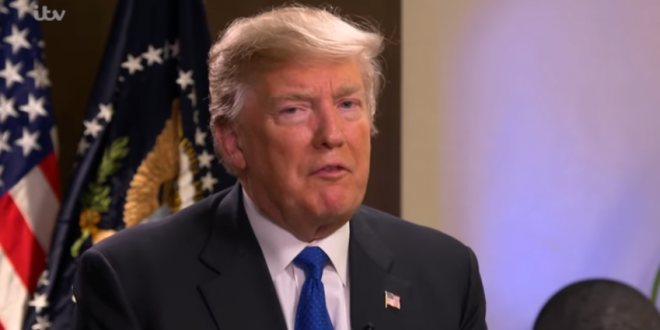 President Donald Trump’s description of the climate on planet Earth doesn’t quite match what data show and scientists say. In an interview with Piers Morgan airing Sunday on Britain’s ITV News, the president said the world was cooling and warming at the same time and that claims of melting ice caps haven’t come true.

TRUMP: “There is a cooling, and there’s a heating. I mean, look, it used to not be climate change, it used to be global warming. That wasn’t working too well because it was getting too cold all over the place.”

The President of the United States @realDonaldTrump is asked if he believes in climate change. This is his answer: #TrumpMorgan pic.twitter.com/sKeVM9FL4l