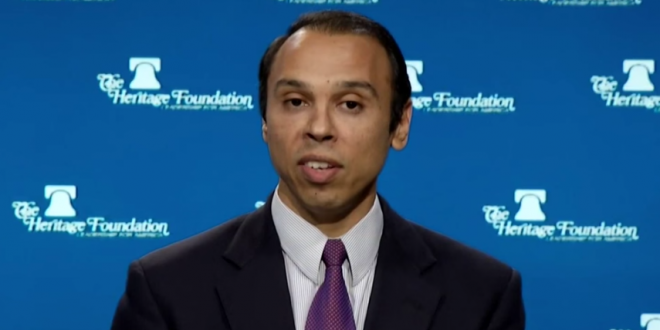 The Trump administration is poised to overhaul the HHS civil rights office as part of a broader plan to protect health workers who don’t want to perform abortions, treat transgender patients seeking to transition or provide other services for which they have religious or moral objections.

Under a proposed rule — which has been closely guarded at HHS and is now under review by the White House — the civil rights office would be empowered to further shield these workers and punish organizations that don’t allow them to express their religious and moral objections, according to sources on and off the Hill. That would be a significant shift for the office, which currently focuses on enforcing federal civil rights and health care privacy laws.

Roger Severino [PHOTO], the Trump administration appointee who now leads the HHS civil rights office, has repeatedly stressed that strengthening conscience protections for health care workers is a top priority for his office. That’s alarmed advocates for LGBT patients, who say they’re already fighting to overcome stigmas and discrimination and who warn that the policy shift will only worsen their situation.

It wasn’t enough to try to strip transgender Americans of their right to serve, roll back access to birth control, and attempt to defund Planned Parenthood. Now Trump, Pence, and their Republican cronies want to allow health care workers to discriminate and rip away access to medical care. This rule is unethical and dangerously undermines public health.

This proposal is further proof that Republicans continue to push forward an agenda completely out of step with the American people and American ideals. Democrats will continue to focus on how to improve access to health care for all Americans regardless of gender, orientation, or income.

During his previous gigs with the Heritage Foundation and the Becket Fund, Severino railed against every aspect of LGBT rights. In 2006 he was the lead attorney in the case banning same-sex marriage in Maryland.