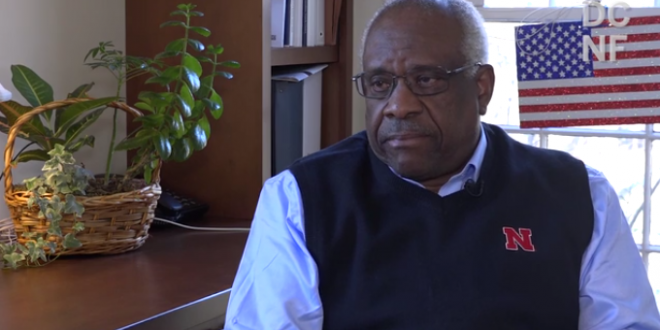 From the increasingly far-right Daily Caller:

Justice Clarence Thomas is in his 27th term in the U.S. Supreme Court, and he agreed to become the 341st leader interviewed for my Daily Caller News Foundation series. Now at age 69, he is looking back on his life with gratitude and discernment with valuable lessons for others. People often want to define you by the bad things that happen in your life, he says, but there has been so much good amidst the challenges he told me, his wife, in this exclusive interview for TheDCNF.

Faith, he says, gives him “the strength to do what I have to do every day, to assert the independence, to be willing to take the beatings, the criticism, the unfairness.” When he attends daily mass, he says, it helps him do his “job, a secular job, in the right way and for the right reasons.” It reminds him that his work has nothing to do with what is said about him, but is rather about doing what he took an oath to do.