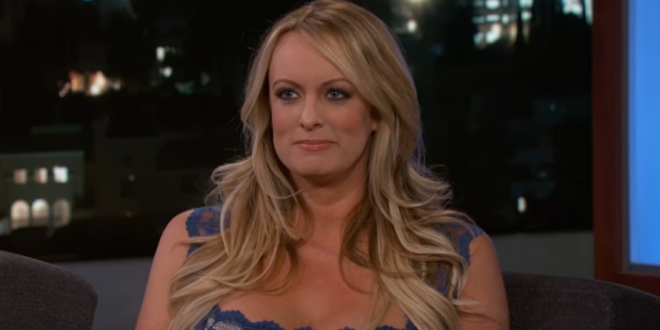 Kimmel asked Daniels, whose real name is Stephanie Clifford, if she had signed the statement. He compared it to her previous signed statements and even previous autographed photographs, and Daniels responded “that does not look like my signature, does it?”

She then said “I don’t know where [the statement] came from.” But she then played coy, saying “I also work for the FBI and I’m a man, according to the internet today.”

Daniels managed to give a non-answer answer to Kimmel’s next line of questioning, when he asked her if she had a nondisclosure agreement.

“Do I?” she asked in return, offering up a shrug. Kimmel then deduced that if she didn’t have a NDA, she could probably say so. “You’re so smart, Jimmy,” Daniels said. So that was a yes, right? If so, that would explain the rest of the interview, which was a study in weirdness that somehow felt appropriate to the moment.