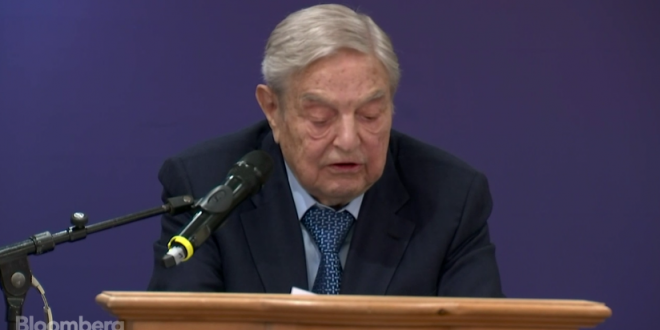 Soros At Davos: Trump Is A Danger To The World

Billionaire Democratic donor George Soros on Thursday took aim at President Trump and tech giants during an appearance at the World Economic Forum in Davos, Switzerland.

“I consider the Trump administration a danger to the world,” Soros said. “But I regard it as a purely temporary phenomenon that will disappear in 2020, or even sooner.”

“I give President Trump credit for motivating his core supporters brilliantly,” he added. “But for every core supporter, he has created a greater number of core opponents who are equally strongly motivated. That’s why I expect a Democratic landslide in 2018.”