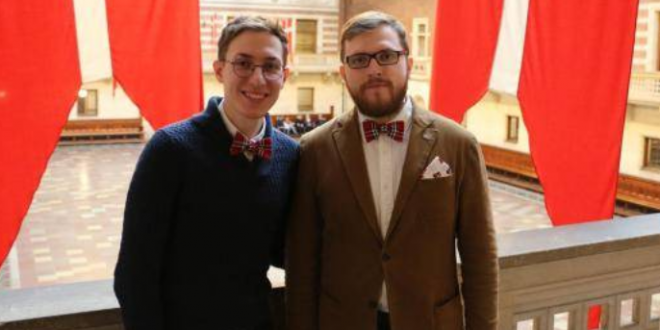 A Russian same-sex couple who had their marriage recognized after finding an apparent legal loophole have been charged with “intentional damage to passports or negligence”. Eugene Wojciechowski and Paul Stotzko tied the knot in Denmark on 4 January and returned home to Russia, where their documents were stamped and approved, despite same-sex marriage being illegal in the country.

Speaking to the independent Russian channel TV Rain, the couple said their marital status had been validated by a member of staff “without superfluous questions”. Mr Wojciechowski and Mr Stotzko told TV Rain the officer who stamped their passports, which contained their updated marriage status, “did not even change his expression” when he saw their documents.

Russia does not register same-sex marriages, but according to Russian law, marriages conducted abroad are deemed legitimate if there is nothing contradicting “Article 14 of the Family Code”. The article appears to contain a loophole as it prohibits marriages between close relatives and people who have already been registered as married, but does not state same-sex unions constitute as a disqualifying factor.