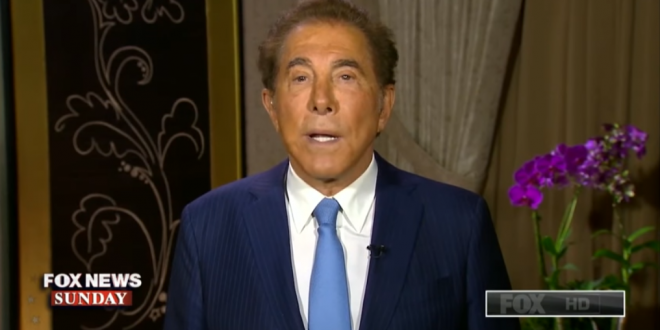 Republican finance chair and Las Vegas mogul Steve Wynn engaged in decades of sexual misconduct with his employees, according to a new bombshell report by Alexandra Berzon, Chris Kirkham, Elizabeth Bernstein, and Kate O’Keeffe in the Wall Street Journal.

The Journal reached out to more than 150 people who have worked for Wynn, who is chair and chief executive of Wynn Resorts and was involved in the construction of major Las Vegas properties such as the Mirage, Treasure Island, Bellagio, Wynn, and Encore casinos. The Journal heard back from dozens of people that Wynn repeatedly sexually harassed employees and pressured them to perform sex acts.

In one case, Wynn paid $7.5 million settlement to a manicurist employed by his company who accused him of forcing her to have sex with him in 2005. Dozens of Wynn’s employees who spoke with The Journal described decades of sexual misconduct by the billionaire, accusing him of regularly intimidating employees into perform sex acts.