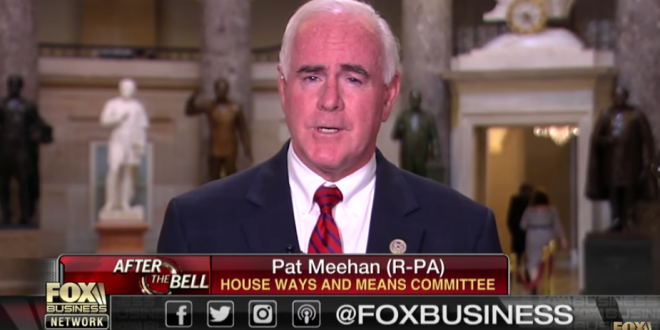 Pennsylvania GOP Rep. Pat Meehan: I Was Jealous Of My Aide’s New Boyfriend But Never Hit On Her Sexually

U.S. Rep Pat Meehan said Tuesday he had developed a deep “affection” for a younger aide and told her that he saw her as “a soul mate” as they talked over ice cream one night last year, but in an interview with the Inquirer he said he never pursued a romantic relationship with the woman, who later accused him of sexual harassment.

Meehan, a Delaware County Republican, also acknowledged that he initially reacted “selfishly” when he found out the aide, decades younger than him, had entered into a serious relationship with another man, and shared a heartfelt, hand-written letter he wrote to her in May wishing her well, but also thanking God “for putting you into my life and for all that we have seen and experienced and genuinely shared together.”

Meehan said he never wanted a romantic or sexual relationship and that he has remained loyal to his wife. He said he told the aide “that I was a happily married man and I was not interested in a relationship, particularly not any sexual relationship, but we were soul mates. I think that the idea of soul mate is that sort of person that out go through remarkable experiences together.”

RELATED: Meehan’s district is likely to be dramatically redrawn if yesterday’s court ruling holds up.

Previous NRA Still Silent On Russia-To-Trump Dark Money Probe
Next Fox Host On Trump’s Tariffs: I’d Pay $5000 For A US-Made iPhone Because Americans Would Get The Work