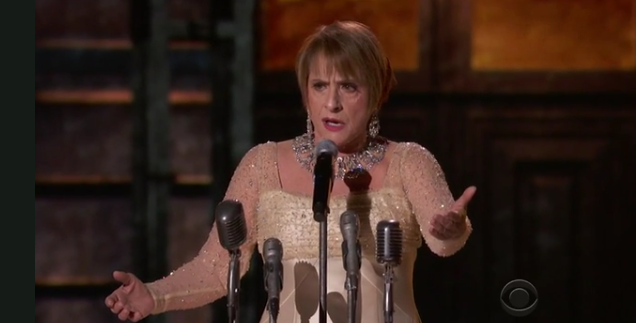 The Grammys got its own dose of musical theater last night. Tony Award-winners and Broadway stars Patti LuPone and Ben Platt took to the Madison Square Garden stage at the 2018 Grammy Awards Sunday evening to perform a tribute to composers Andrew Lloyd Webber and Leonard Bernstein.

Platt, 24, took up the Bernstein portion of the tribute, singing “Somewhere” from West Side Story before LuPone, 68, brought down the house reprising her iconic Tony-winning role of Evita, singing “Don’t Cry for Me Argentina,” a number she previously performed on the 1981 Grammys.

For those who missed it or want to relive her beautiful rendition…pic.twitter.com/aJAQovJr83