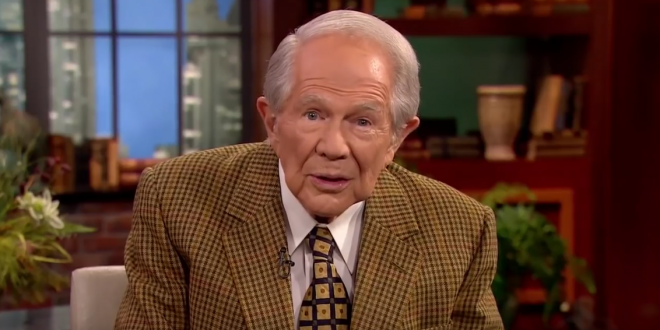 “I hate to differ with the distinguished former chairman of the Joint Chiefs, but I don’t think we’re gonna have a nuclear war. I don’t think that God almighty is gonna allow that to happen to this world. I think there are too many other important things to be done – uh – spiritually and I just don’t think that’s in the Lord’s plan for this world. But if He has to take out Kim Jong-Un in order to accomplish that, that’s what’ll happen. But I just don’t think we’re going to have a nuclear war.” – Pat Robertson, speaking on today’s show.