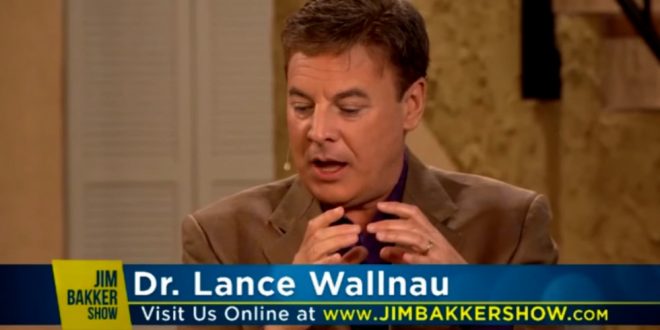 Pastor Bad Wig: God Killed Antonin Scalia To Wake Up America On How Much They Needed Trump [VIDEO]

“Look how brilliant God is. The Lord controls life and death. It’s possible that if Antonin Scalia had lived, the urgency to support this president and his nominations might not have been so strong. You might have had Hillary Clinton in the White House and you might have had maybe three appointments made during the next four years, during the next three years, who knows? Two appointments for sure – we already got one.

“You could have had Clinton making the appointments and then the balance of power would have overpowered a Scalia vote on the Supreme Court. All that I’m saying is we don’t always see the long-term picture, but it could be that the Lord in His infinite insight saw that Scalia, him being a loss, might be the event that motivated the majority of people to show up.

“I think that Trump is that important and Hillary Clinton would have been that disastrous that it’s a major game of chess going on in the spirit realm over how things happen.” – Jim Bakker Show regular Lance Wallnau, in a video posted last night to Facebook.