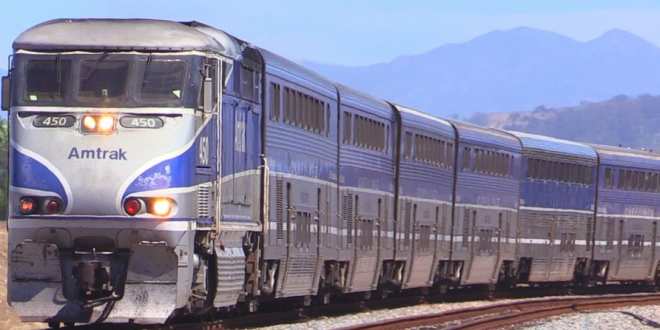 A Missouri man with connections to white supremacists has been charged with terrorism after authorities said he brought a cross-country Amtrak train to a halt last fall in rural Nebraska. Taylor M. Wilson of suburban St. Louis intended to hurt passengers, authorities said.

The 26-year-old has been charged in federal court in Lincoln with terrorism attacks and other violence against mass transportation systems, according to federal court records unsealed Wednesday. The incident occurred overnight as the train traveled through Nebraska during the third weekend of October, according to law enforcement officials.

Wilson entered a restricted area of the train as it neared Oxford, Nebraska, and triggered the emergency brake in what authorities say was an attempt to derail the train. During booking at the Furnas County Jail, Wilson was found in possession of a business card of the National Socialist Movement in Detroit, considered one of the largest neo-Nazi groups in the U.S.

An FBI investigation into Wilson showed he traveled with members of the “Alt-Right” Neo-Nazi group to the protests in Charlottesville, Virginia in August. In addition, an acquaintance of Wilson told authorities he had expressed “an interest in killing black people.”

On Dec. 21, a search warrant for Wilson’s residence in Missouri was obtained, and “a tactical vest, 11 AR-15 ammunition magazines with approximately 190 rounds of .223 ammunition, one drum-style ammunition magazine for a rifle, 100 rounds of 9mm ammo, white supremacy documents and paperwork, several additional handgun and rifle magazines, gunpowder, ammunition reloading supplies, and a pressure plate ” were located inside a hidden compartment behind his refrigerator.

The first deputy to arrive to meet the train said that he handcuffed Wilson and asked him numerous times if he had any weapons, but Wilson would not reply, according to court documents. The deputy then patted down the front of Wilson’s pants and felt a bulge in his front left pocket. When he asked him what it was, Wilson replied, “my dick,” according to court documents.

The deputy found it was actually a fully loaded speedloader, a device used to reduce the time and effort needed to reload a gun, with .38 bullets. He also had a fully loaded .38 caliber handgun, the deputy said. He is the holder of a valid Missouri Concealed Handgun permit, according to court documents.

Taylor Michael Wilson, who has ties to neo-Nazi groups and “expressed an interest in killing black people” faces federal terrorism charges after forcing an Amtrak train to stop in Nebraska https://t.co/nsY6soWmY0 pic.twitter.com/H1tF0lb1QK