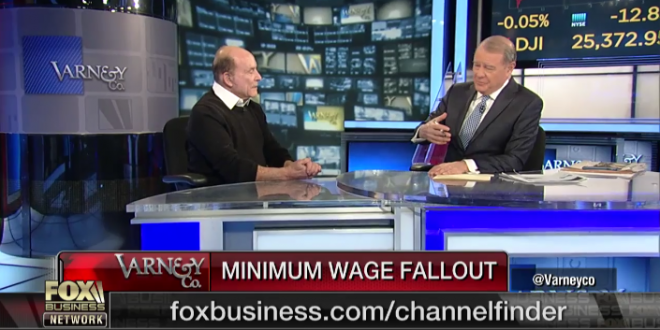 “If I walk into a restaurant, and I know that the waiter or waitress is making $15 an hour, way more than they used to make the previous year, I’m going to think, ‘wait a minute, am I going to give you 20 percent, 15 percent, 10 percent or whatever?'” the millionaire TV host asked.

Varney made the comment while speaking with Apple-Metro CEO Zane Tankel in a segment Wednesday on increases to the national minimum wage.

Tankel, who operates the parent company of Applebee’s, said he hadn’t seen any data supporting the idea that higher minimum wages resulted in smaller tips for servers, but said it could be a possibility.