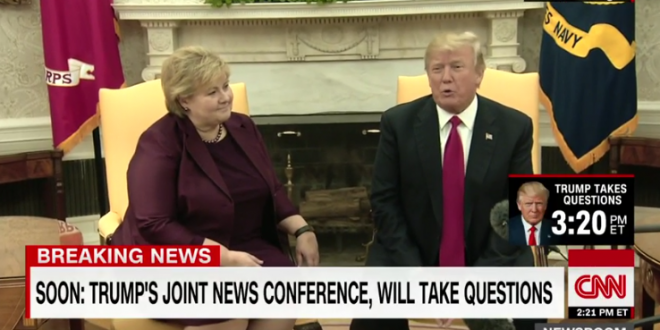 President Trump will hold a joint press conference with Norway’s Prime Minister Erna Solberg at about 3:20 p.m. Eastern on Thursday. Reporters will likely take the opportunity to ask the president about the ongoing negotiations to avoid a government shutdown and pass a bipartisan deal on immigration. On Tuesday night, the courts blocked Trump’s repeal of the Obama-era program Deferred Action for Childhood Arrivals, or DACA, and he will likely be asked about that.