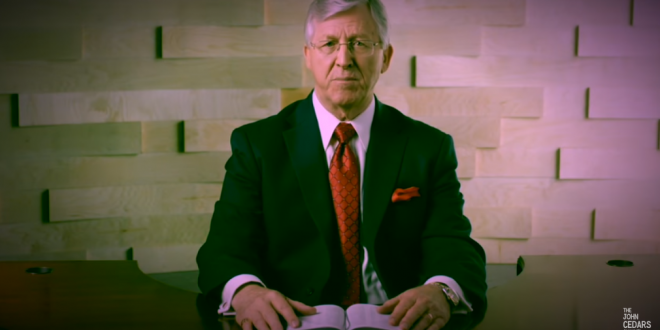 This is such a creepy video that at first I thought it had to be a parody. But no, the cuts in this strange Jehovah Witness anti-masturbation training video are apparently real, leaked from Watchtower, the JW religious magazine. This video is edited by Lloyd Evans, an ex-Jehovah’s Witness writer and activist, from two induction videos, one for women and one for men, meant for “bethelites,” or JW workers. Evans himself was trapped in the JW cult for decades, as he explains on his Patreon page.

Presented by Governing Body helpers Ralph Walls and Gary Breaux, the videos perfectly illustrate the extent to which Witness sex lives are policed, and give a glimpse of the religion’s growing paranoia about homosexuality. The rebuttal for these videos is in production, and will be released on Saturday, January 27, 2018. There will also be an article about the videos on JWsurvey.org. Please note: yes, the clips of Walls and Breaux are real! The only thing I’ve added is the music, the captions, and the stock footage.