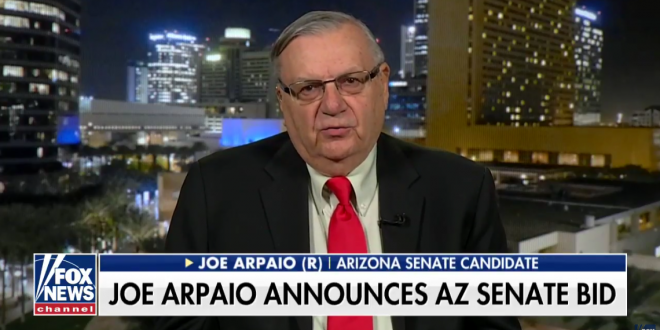 Joe Arpaio Hits Back At Jeff Flake: He Doesn’t Have The Guts To Face The People To Get Reelected [VIDEO]

“I know he doesn’t like me. But who cares? He’s not running. He’s saying that I’m not going to last more than a month. That I’ll leave,” Arpaio said in an interview with Fox News’s “Fox & Friends” Wednesday morning.

“Well what about him leaving? He didn’t have the guts to face the people to get reelected. At least I got the guts to face all the detractors, the Democratic party, you name it. So he can have his opinion. I got mine. It doesn’t bother me at all.”