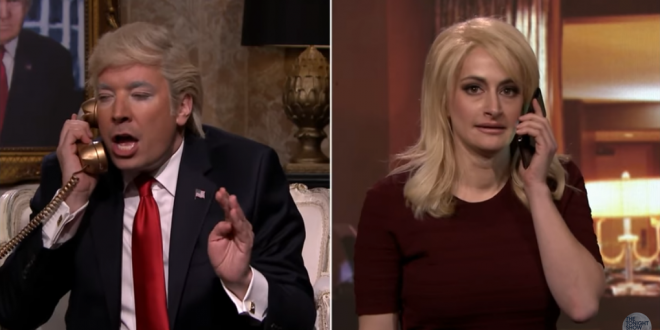 Late-night host Jimmy Fallon on Tuesday channeled his impersonation of President Trump in a skit showing preparations for the State of the Union.

“I can’t believe my State of the Union address is tonight. And it’s completely sold out. Billions and billions of people will be watching,” Fallon says, imitating Trump.