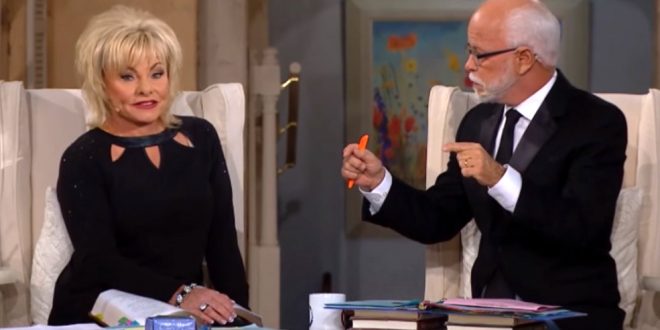 Jim Bakker: The Amtrak Derailment In Washington Was God’s Warning To America About Something [VIDEO]

According to bisexual scamvangelist and food slop bucket kingpin Jim Bakker, last month’s fatal Amtrak derailment in Washington state was a warning from God about…. something!

Noting that the train was on its maiden voyage on a new stretch of track, Bakker likened the derailment to the sinking of the Titanic, which apparently made it spiritually significant.

“The great preachers of all times have said the Titanic is God’s warning,” Bakker said, “and I believe—here again, one of the fast new trains, brand new, crashed off the tracks on its maiden voyage—people, you had better listen to what is going on.”

Previous Huckabee On Trump’s Nuclear Threats: People Only Care About Him Putting Money In Their Pockets [VIDEO]
Next Trump Asked For Multiple TVs For White House Bedroom