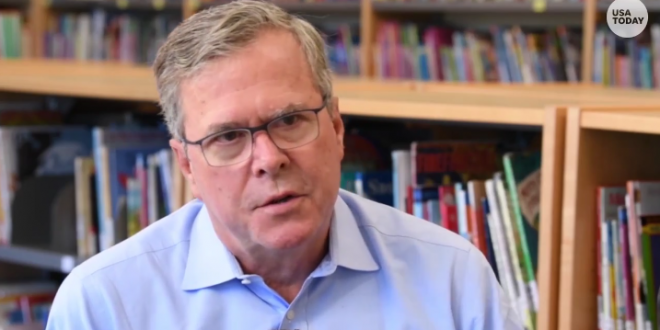 Former Florida governor Jeb Bush warns that Republicans are in for a beating in the fall elections if congressional races focus on the rhetoric and character of President Trump.

Bush lambasted Trump’s erratic leadership style, obsession with Twitter and “racist” comments that could cost Republicans control of Congress in November if they can’t distance themselves from the former reality TV star.

“When you call Haiti, whether it’s an ’s-house’ or an ’s-hole’…you disparage a lot of people that love this country that are here making a contribution and making a difference,” Bush said. “It’s very frustrating, and it is racist. [Trump] may not be a racist, but the comments are racist, and at some point you gotta call him out on it.”

At the link above, Bush goes on to praise Betsy DeVos, calling her a “phenomenal advocate.” Yup.