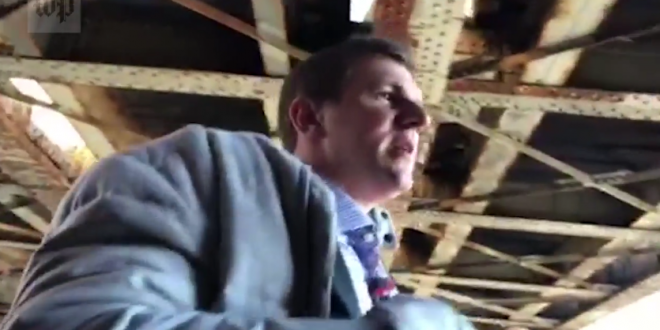 James O’Keefe: Trump Repeatedly Asked Me To “Get Inside” Columbia University And Steal Obama’s Records

Conservative filmmaker James O’Keefe claims in a forthcoming book that President Trump asked him to “get inside” Columbia University and obtain a copy of former President Barack Obama’s college records.

O’Keefe writes in his book “American Pravda: My Fight for Truth in the Era of Fake News,” that Trump “suspected Obama had presented himself as a foreign student on application materials to ease his way into New York’s Columbia University, maybe even Harvard too, and perhaps picked up a few scholarships along the way,” according to The Daily Caller, which first reported on the section of the book.

O’Keefe said he told Trump that the request did not fall into his line of work, but Trump reportedly continued to ask the conservative activist to find the sealed records at the university.

Previous One Of Us: Nazis Cheer Trump’s “Shithole” Message
Next White House Doctor: Trump Is In “Excellent Health”