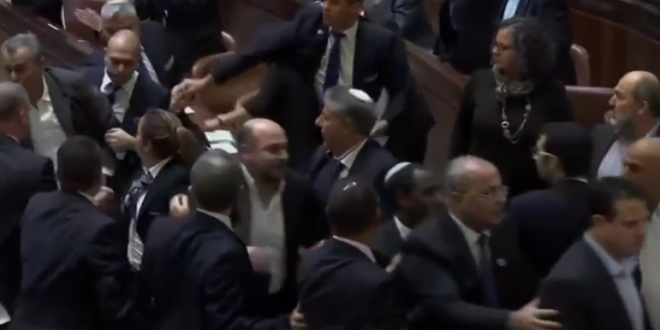 Vice President Mike Pence’s speech to the Israeli parliament was disrupted Monday after Arab lawmakers held up placards and engaged in a brawl with security staff in a protest against the U.S. recognition of Jerusalem as Israel’s capital. The lawmakers from the Arab Joint List, Israel’s third-biggest party, were forcibly ejected from the speech that they had earlier promised to boycott.

Ahmad Tibi, member of the Joint List and Israel’s most-popular Arab politician, told Newsweek before the address that he would remain inside the Knesset building. On where he would choose to be inside the building, he said: “You will see,” forewarning the placard protest. Footage showed Israeli security officers ripping the placards from the lawmakers’ hands before engaging in a tussle to get them out of the hall.

Previous Trump: Dems Are Powerless With Their Far-Left Base
Next Catholic Group Doesn’t Care About Trump’s Adultery