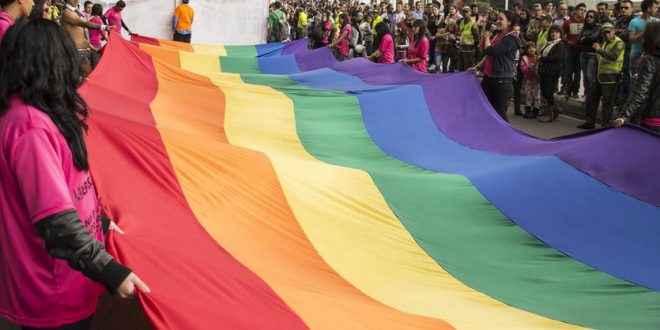 The Times Of India reports:

Thanks to the right to privacy being deemed a fundamental right, the Supreme Court (SC) today agreed to reconsider its 2013 decision which criminalised gay sexual relations and said it will review Section 377 of Indian Penal Code that makes such relations a crime.

The SC today also issued a notice to the Centre seeking its response to a writ petition filed by five members of the lesbian, gay, bisexual, transgender and queer (LGBTQ) community, who said they live in fear of police because of their natural sexual orientation and preferences.

The apex court also referred to a Constitution bench the petition seeking to decriminalise consensual sex between LGBTQ adults. In December 2013, the SC set aside the Delhi High Court’s 2009 verdict decriminalising homosexuality.

Section 377 criminalises sexual acts “against the order of nature” and has undergone many twists and turns ever since the Delhi High Court decriminalised it in 2009. Later, in 2012, the Supreme Court overturned the decision. But, with the apex court deciding to revisit its decision on Monday, there is a renewed hope among the members of the LGB T community. Section 377 of IPC – which came into force in 1862 – defines unnatural offences.

It says, “Whoever voluntarily has carnal intercourse against the order of nature with any man, woman or animal, shall be punished with imprisonment for life, or with imprisonment of either description for a term which may extend to 10 years, and shall also be liable to fine.” Moreover, the law also mentions that “penetration is sufficient to constitute the carnal intercourse necessary to the offence described in this section”.