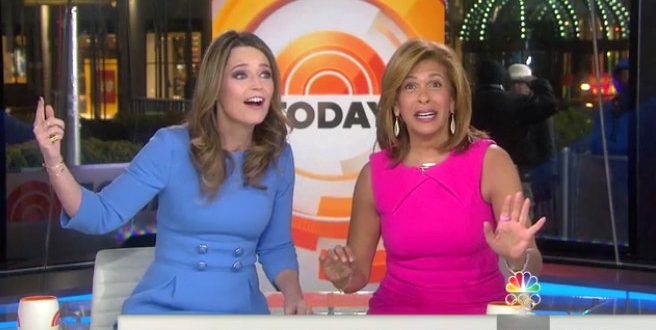 Hoda Kotb was named co-anchor of “Today” on Tuesday morning and officially headlined the broadcast with Savannah Guthrie.

Kotb, 53, had been behind the anchor desk of NBC’s morning news show in a temporary role since Matt Lauer was fired in November. Lauer’s dismissal came after a female colleague made a complaint accusing him of inappropriate sexual behavior.

In announcing Kotb’s appointment on “Today,” Guthrie, 46, told viewers: “This has to be the most popular decision that NBC News has ever made.”