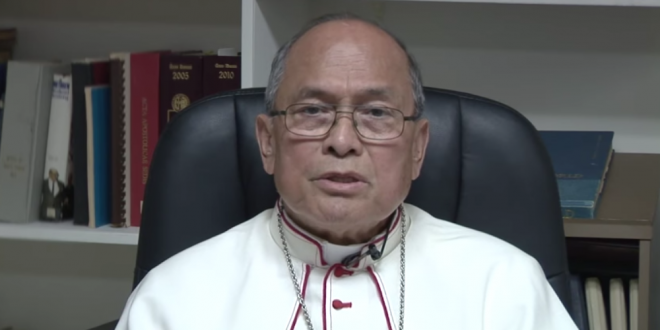 An embattled archbishop in Guam has denied an allegation that he raped his nephew nearly 20 years ago, when his accuser was a teen. Mark Apuron, nephew of Guam’s Archbishop Anthony Apuron, filed a lawsuit Jan. 10, claiming that his uncle raped him in a Church bathroom in 1989 or 1990. This is the fifth lawsuit to accuse the archbishop of sexual abuse of minors during his time as a pastor and bishop.

“God is my witness: I deny all allegations of sexual abuse made against me, including this last one,” wrote Apuron in a Jan. 18 statement, according to Guam Pacific Daily News. “All of these allegations have been mentored and promoted by the same source and this one seems particularly timed to influence the verdict of the Vatican trial conducted by the Holy See, as a last resort out of fear that I may be exonerated,” he continued.

In addition to this claim, Apuron faces four other accusations from former altar boys, who charged the archbishop with abuse in the 1970s when he served as a parish priest in Agat. The first allegations against the archbishop were made public in May 2016. Mark’s attorney, David Lujan, said that his client was too ashamed and embarrassed to tell his family about the alleged abuse until recently.