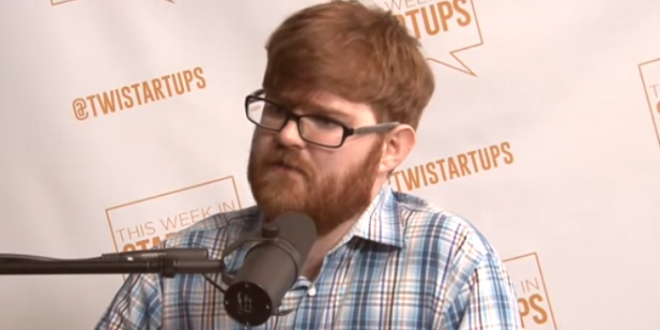 Twitter lit up last night when the infamous “Rage Furby” troll was spotted in the SOTU gallery and now we know how he got there.

Johnson’s presence in the gallery during the speech by Donald Trump raised eyebrows and immediately sparked questions over how a right-wing activist and blogger best known for attempting to dox the subject of the UVA campus rape story managed to get a ticket to the high-profile affair. Reached by phone on Wednesday, Gaetz confirmed that he was the one who provided Johnson with the ticket.

Gaetz told The Daily Beast that he and Johnson had no pre-existing relationship and that he provided him with a ticket to the speech after Johnson “showed up at my office” the day of the speech. The congressman said he had an extra ticket after his father came down with bronchitis and couldn’t make it. Johnson just happened to be in the right place at the right time.

Johnson claims he was actually invited by Gaetz and several other GOP House members. Gaetz and Johnson have both appeared on InfoWars.

Johnson runs a crowdfunding site that has raised tens of thousands of dollars for the legal fees related to the white supremacist website the Daily Stormer, as well as other various figures in the alt-right movement. Johnson has also said that the actual number of Holocaust victims is far lower than the accepted total, and questioned whether gas chambers were used at Nazi concentration camps.

Johnson was banned from Twitter in 2015 after he launched a fundraiser to “take out” Black Lives Matter activist DeRay McKesson. Also in 2015, Johnson unsuccessfully sued Gawker for $66 million over their report that he once pooped on the floor of his college dorm.

Last year Johnson and the homocon fake news site Gateway Pundit both falsely accused a Michigan man of being the driver of the car that killed a woman during the Nazi rally in Charlottesville. Printouts from Johnson’s site have reportedly landed on Trump’s desk in the past.