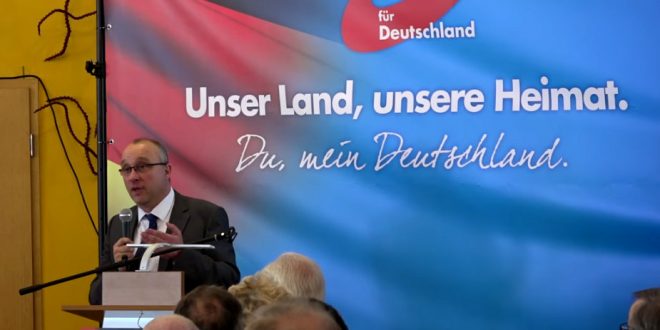 The son of former tennis star Boris Becker has pressed charges against a German nationalist lawmaker who insulted him with a racist slur, his lawyer said Thursday.

Lawyer Christian-Oliver Moser told The Associated Press that charges were filed on behalf of Noah Becker following “unbearable and racist remarks” from the Twitter account of nationalist lawmaker Jens Maier.

The tweet emerged after an article in a German magazine in which Noah, 23, said Berlin was a “white city” compared with London or Paris, and that he’d been attacked there because of his skin color.

Maier, a member of the Alternative for Germany party, reacted Tuesday by posting a racist slur on Twitter that he later deleted. The lawmaker later denied writing the controversial Tweet himself. He said one of his employees had written the tweet, the German news agency dpa reported.

German lawmaker Jens Maier might face a lawsuit after a racist tweet was posted on his account. The slur was directed at Noah Becker, the son of German tennis star Boris Becker https://t.co/PmyRub4qkw pic.twitter.com/JyN86p1bsX