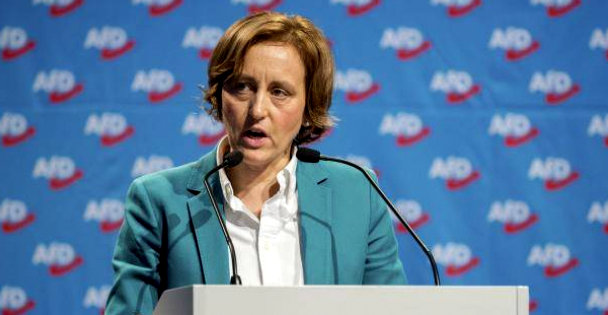 Germany’s tough new social media law appears to be working: A far-right member of parliament had her Twitter account suspended shortly after posting an anti-Muslim message.

Under a law that took full effect in Germany on Monday, Twitter, Facebook and other social media companies can be fined as much as €50 million ($60 million) if they fail to remove hate speech and fake news posts quickly.

Companies now have 24 hours to remove posts that breach German law after they are flagged by users. The law came into force in October, but the government gave companies three months to adjust to the new rules.

In a tweet posted on New Year’s Eve, Beatrix von Storch accused police of appeasing “barbaric, gang-raping Muslim hordes of men” after they tweeted a New Year message in Arabic, as well as German, English and French.

German police have asked prosecutors to investigate a far-right lawmaker for possible incitement to hatred, after she criticised a police force for tweeting in Arabic “to appease the barbaric, Muslim, rapist hordes of men”.

Prosecutors in NRW must first decide whether they should deal with the police complaint against von Storch, or transfer the case to Berlin authorities where her constituency is.

If prosecutors deem there is sufficient grounds to launch an official criminal investigation against von Storch, they would first have to ask parliament to suspend her immunity before proceeding with a case.

Von Storch’s boss, AfD leader Alice Weidel has been scathing about social media censorship, and backed Von Storch with a post of her own.

“The year begins with the censorship law and the submission of our authorities to the imported, marauding, graying, flogging, knife-stabbing migrant mobs, which we should get used to,” she posted on her Facebook page.

Once her 12-hour ban was lifted, Von Storch went back on the offensive. “Facebook has also censored me. That is the end of the constitutional state,” she said.

As I have previously reported, Weidel is a homocon and is raising two children with her partner. Von Storch is the granddaughter of Adolf Hitler’s finance minister, Lutz Graf Schwerin von Krosigk.