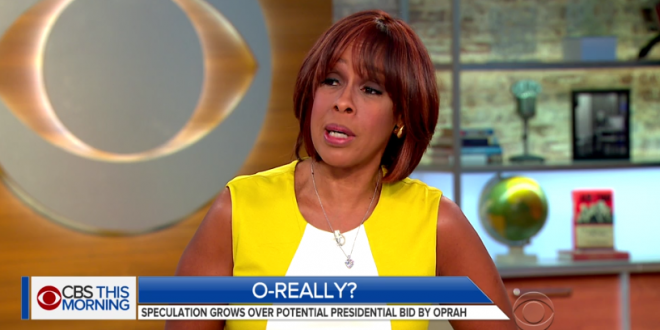 There is growing speculation that Oprah Winfrey may challenge the president in 2020 after her rousing speech at Sunday’s Golden Globes. Winfrey’s best friend and “CBS This Morning” co-host Gayle King said on Tuesday “I do think she’s intrigued by the idea.”

Winfrey’s partner, Stedman Graham, started much of the talk when he told the Los Anegels Times on Sunday that she would “absolutely” run, but ultimately it was “up to the people.”

According to King, Winfrey was originally asked by producers to keep her speech at Sunday’s Golden Globes to three minutes long. She insisted on keeping it at six minutes and when it was all said and done, it lasted for about nine.