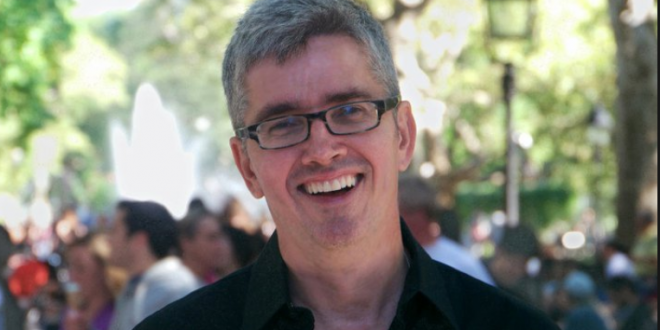 It’s with great sadness, but also a lifetime of happy memories that I’m writing to share that my beloved Bob Smith passed away this morning at age 59 after a remarkable 12-year battle with ALS. He was the funniest and most optimistic person I’ve ever known, as well as the most committed and stubborn (I’m convinced this last trait kept him going so well for so long). I’m glad we got to share so many years together, traveling the world, supporting each other’s writing, and caring for two amazing, temperamental older rescue beagles. I love you, Bob. Thanks for everything! And thanks to the dozens of friends who came to see him and lend a hand over these last years. Fittingly, there will be a memorial in a comedy club sometime in the near future.

Smith was the first openly gay comedian to appear on The Tonight Show and the first to get his own HBO comedy special. He opened up about his illness in a 2016 interview with the Daily Beast:

After he performed at a Human Rights Campaign event, his agent called to ask if he had been drunk on stage: he had slurred his words. Smith didn’t drink before performing. The slurring was because he had the bulbar variant of ALS that first preys upon the muscles of the tongue and throat. Upon receiving the diagnosis in 2007 at Columbia-Presbyterian Hospital, Smith, ever the comic, thought, “Lou Gehrig’s Disease? I don’t even like baseball!”