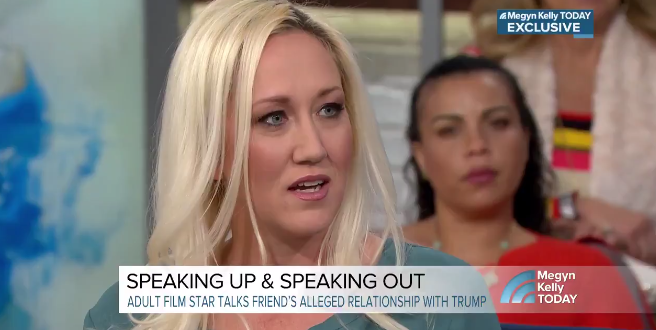 She added, “But having her tell me the next day when I asked how did it go and she says, ‘Well, picture this. Donald Trump chasing me around the bedroom in his tighty whities isn’t something that you ever forget.”

“Come hang out with us. Come have fun. Let’s party”- Alana Evans, friend of former adult-film star Stormy Daniels, says Stormy confided in her about a sexual encounter she had with President Trump in 2006. #MegynTODAY pic.twitter.com/KKERSDoy4f