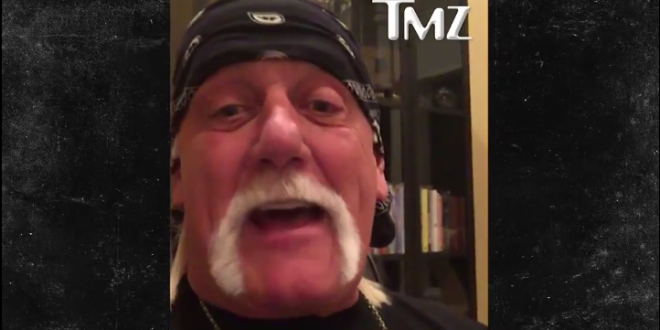 Could “Hulkamania” be making its way to the U.S. Senate? If one high profile supporter of President Donald Trump has his way, that might just be the case.

In an interview with GOP communications consultant Patrick Slevin on his online blog, Roger Stone – a long-time Republican consultant, lobbyist and strategist who has spent decades working with Trump and was a onetime advisor to his campaign – said he is working on trying to convince the wrestling icon and Florida native Hulk Hogan to run for the office in 2018.

“At a minimum, I hope to convince Hogan to body slam Scott in every debate,” Stone said. “If (Florida Governor Rick Scott) is under the impression that his personal responsibility for $1 billion in Medicaid fraud is no longer an issue, he’s wrong.”

Hulk Hogan may have retired from wrestling, but someone powerful is twisting his arm hard … to run for U.S. Senate … something he says doesn’t interest him, but he made it clear to us that could change.

Republican strategist and former Trump adviser Roger Stone is urging Hulk to challenge Florida Governor Rick Scott in the Republican primary. Hulk says he hasn’t returned Stone’s calls or the various calls from others echoing the same sentiment. He’s been silent … until now. Listen closely … he says no, but it’s clearly not a no in perpetuity.