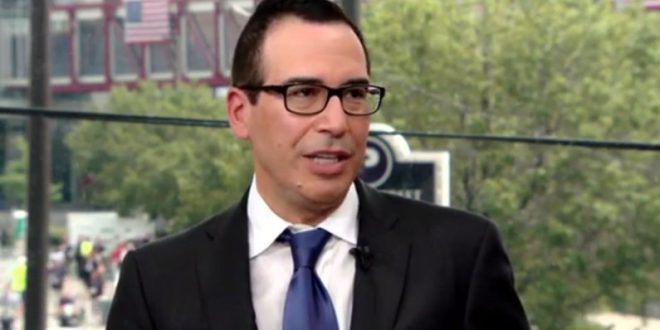 The striking similarity between a newly-released Treasury Department report of Russian oligarchs and a 2017 list of wealthy Russians published in Forbes Magazine is no coincidence. On Tuesday, a Treasury Department spokesperson confirmed to BuzzFeed News that the unclassified annex of the report was derived from Forbes’ ranking of the “200 richest businessmen in Russia 2017.”

The revelation is likely to invite criticisms of the thoroughness of the Treasury Department’s report and reinforce the notion that the list is primarily a who’s who of Russian elite rather than an official accounting of Kremlin-linked political corruption as some US lawmakers intended. Congress mandated the report in a law President Trump grudgingly signed in August. At the time, the president called the legislation “seriously flawed.”

Previous Actress Details Accusations Against Co-Star Scott Baio: He Fingered Me In His Car When I Was 14 [VIDEO]
Next Christian “Prophet”: God Anointed Trump To Give Christians The “Blood Right” To Rule America [VIDEO]