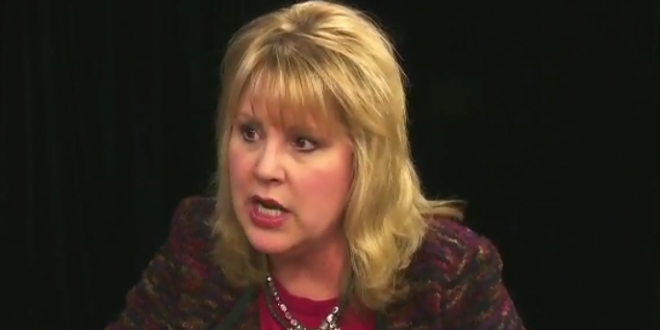 U.S. Environmental Protection Agency Administrator Cathy Stepp’s daughter says her mother wore a fake nose and sunglasses to try to help her pass a 2011 driving test after she failed her initial attempt.

Stepp had her daughter, Hannah, introduce her to staff on Jan. 11 after President Donald Trump appointed the former Wisconsin Department of Natural Resources secretary to be the EPA Region 5 administrator.

During the introduction, Hannah Stepp said her mother wore the disguise so she could follow someone taking the Wisconsin driver’s test. She said her mom wanted to learn the route to help her practice for her own test. She told the newspaper that her mom always carries a fake nose around.

Hannah Stepp’s charm offensive, gently roasting her mother as a mom who would do anything for her kids, didn’t necessarily have the intended effect. The speech went down well, Hannah thought. Not everyone in the room agreed.

“It was baffling,” said one staffer who witnessed the speech but spoke on condition of anonymity because they were not permitted to talk to the media. “For a public official’s daughter to admit that in front of her entire staff? It’s unethical and then, did she help put someone unsafe on the roads?”