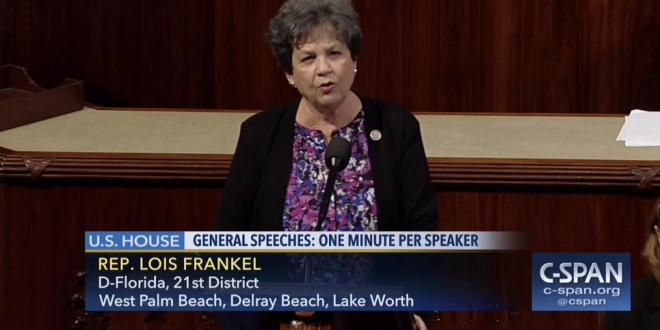 Some Democratic House members are planning to invite victims of sexual assault to President Donald Trump’s State of the Union address later this month to highlight the issue, according to an aide to a lawmaker who has been a prominent voice on sexual misconduct.

“Some members will be bringing survivors of sexual assault and advocates as their guests,” said an aide to Rep. Lois Frankel, D-Fla., who asked not to be identified. Frankel is a leader of the Democratic Women’s Working Group in the House.

Party leaders generally don’t dictate who rank-and-file members can invite with the one ticket each lawmaker gets to give to a guest seated in a gallery above the House floor where the president delivers the address. And there’s still some uncertainty within Democratic ranks over where to draw the line between addressing sexual misconduct and turning the topic into a partisan political war.