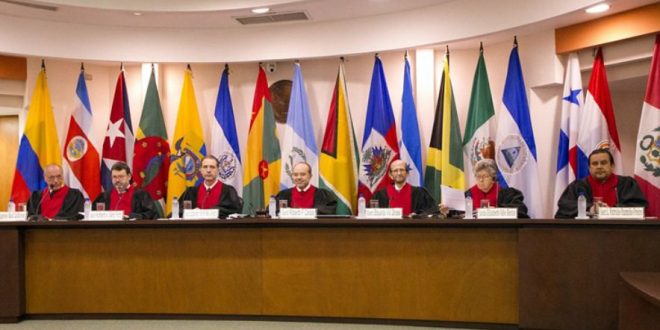 Costa Rica To Comply With International Court Ruling For Same-Sex Marriage, Many Other Nations Pending

The Inter-American Court Of Human Rights has ruled that same-sex marriages should be recognised. The court’s rulings apply to countries which have signed the American Convention on Human Rights. Some of the signatories already recognise same-sex marriages while others recognise same-sex civil unions. But others, such as Bolivia, Cuba, Dominican Republic, Honduras, Paraguay and Peru do not recognise either and will be expected to change their laws.

The court was established by the regional body, the Organization of American States (OAS), and signatories to the Inter-American Convention on Human Rights are bound by its rulings. The judges issued the ruling in response to a motion brought by Costa Rica. The Central American government asked the court to give its opinion on whether it had an obligation to extend property rights to same-sex couples. The court ruled that it did.

The Costa Rican government also wanted to know whether it should allow transgender people to change their name on their identity documents. Again, the court ruled that it should. Costa Rica’s Vice-President Ana Helena Chacón welcomed the court’s ruling, saying it would be adopted “in its totality”.

More from the Washington Blade:

The Organization of American States created the Costa Rica-based court in 1979 in order to enforce provisions of the American Convention on Human Rights. Tuesday’s ruling is legally binding in Costa Rica and 19 other countries — Argentina, Barbados, Bolivia, Brazil, Chile, Colombia, the Dominican Republic, Ecuador, El Salvador, Guatemala, Haiti, Honduras, Mexico, Nicaragua, Panama, Paraguay, Peru, Suriname and Uruguay — throughout the Americas that currently recognize the convention. Barbados along with Jamaica and Trinidad and Tobago, are among the countries in the Western Hemisphere in which consensual same-sex sexual relations remain criminalized. The court’s ruling nevertheless coincides with the continued expansion of marriage rights for gays and lesbians throughout the region.

It will be very interesting to see which member nations decide to battle this ruling. Celebratory photos from Costa Rica can be seen here.