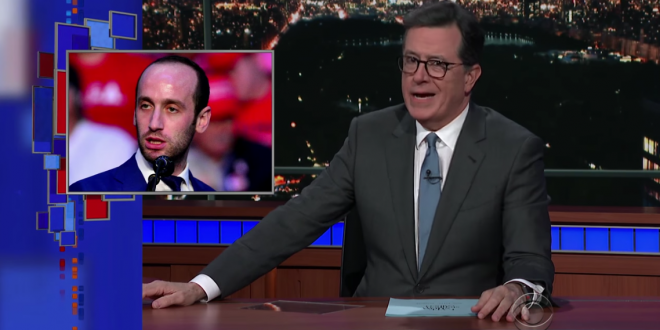 When Miller lost his cool, Tapper treated him “like a 5-year-old,” Colbert said. “Unfortunately, telling Stephen Miller to calm down doesn’t work.” He played part of the interview, then jumped in. “Hold on, did Jake Tapper just call Stephen Miller an obsequious factotum? Looks like somebody got a word-a-day calendar for the holidays!” Tapper finally cut Miller off, but Miller apparently wasn’t done and after several polite requests to leave the set, he reportedly had to be escorted out by security. “Or as they call it in Washington,” Colbert said, “the Omarosa goodbye.”