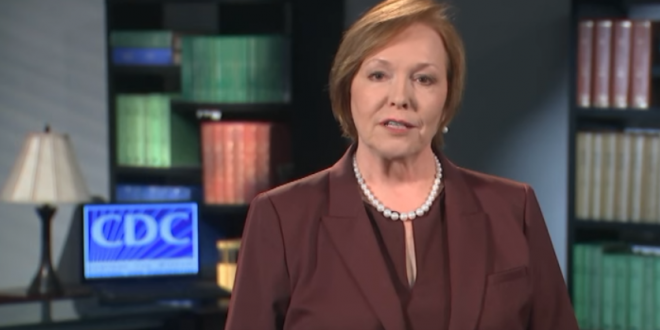 CNBC is reporting that CDC head Dr. Brenda Fitzgerald resigned this morning. Yesterday multiple outlets reported that she purchased stock in a global Big Tobacco company after Trump appointed her to the post.

After assuming the CDC leadership July 7, Fitzgerald bought tens of thousands of dollars in new stock holdings in at least a dozen companies later that month as well as in August and September, according to Politico.

“You don’t buy tobacco stocks when you are the head of the CDC. It’s ridiculous; it gives a terrible appearance,” Richard Painter, who served as George W. Bush’s chief ethics lawyer from 2005 to 2007, told Politico. He described the move as “tone deaf,” given the CDC’s role in leading anti-smoking efforts.

UPDATE: Just in from HHS.