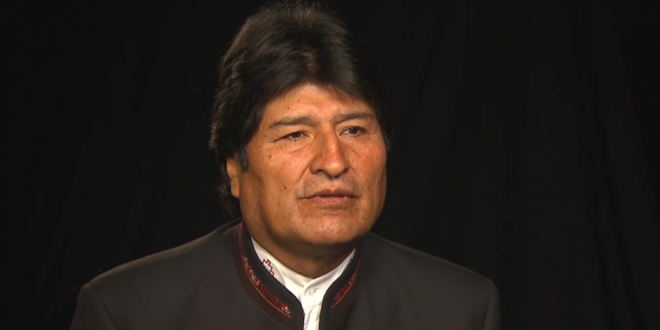 Evangelical groups in Bolivia are voicing out their concerns about a new law that aims to ban proselytizing and other religious activities. The National Association of Evangelicals in Bolivia (ANDEB) has stated that the new Penal Code of Bolivia amounted to “state abuse” against Christians because it could ban evangelism and prevent them from organizing religious events.

“Whoever recruits, transports, deprives of freedom or hosts people with the aim of recruiting them to take part in armed conflicts or religious or worship organizations will be penalised 5 to 12 years of imprisonment,” article 88.1 of the new legislation states.

In a statement, ANDEB called on the parliament to “begin the work of preparing a new Penal Code that reflects the social reality of Bolivia,” and contended that a new legislation should “emerge from a consensus and a social agreement of all sectors of our country.”

Changes to the code also permit abortion during the first eight weeks of pregnancy and expand punishment of “recklessness, negligence, malpractice” in all careers—worrying professionals from doctors to journalists. The changes were approved several weeks after Bolivia’s Constitutional Court lifted term limits, allowing President Evo Morales to run for office indefinitely.

The code “is imprecise, ambiguous, badly written, contradictory, and its punitive power can constitute state abuse,” ANDEB later stated after the changes were approved. Bolivia’s population is 77 percent Catholic and 16 percent Protestant, though Morales, the Andean nation’s first indigenous president, has been walking the country back from its official Catholicism since 2013.

Meanwhile, various unions carried out strikes last week to protest the removal of Morales’s term limits, and journalists declared the media in a state of “emergency” for the penal code’s “ambiguous” language regarding slander and defamation.

Previous SURE JAN: Rex Tillerson Claims Trump Is Avoiding Britain To Let Theresa May Focus On Brexit Negotiations
Next Aetna To Pay $17 Million For HIV Disclosures