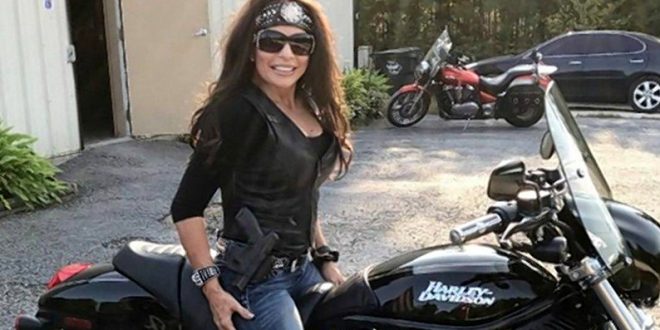 A gun range owner who drew national attention for calling her establishment a “Muslim Free Zone” will run for Arkansas governor.

Jan Morgan, owner of the Gun Cave Indoor Firing Range in Hot Springs, made the announcement in a video posted to YouTube on Dec. 30. In the Republican primary, she’ll challenge incumbent Asa Hutchinson, who was elected in 2014.

Morgan declared her gun range was a “Muslim Free Zone” in 2014 on social media and her website, insisting it was for her safety.

“I refuse to train the next islamic (sic) terrorist,” Morgan wrote on her site, adding that “countless others” contacted her to express support.

From her platform: “I support the traditional definition of marriage as a God-ordained, legal and moral commitment between one man and one woman.” The wig in her video below is something else.

Just posted on twitter by Senator Bryan King, Arkansas’s highest ranked state Senator for voting Conservative on the issues ..
I’m so thankful to have his support!

Of course, it takes one to know one ..
True Constitutional Conservatives are pushing the rinos OUT .. pic.twitter.com/JIBiX9NmF9

This is the most circulated photo on the internet today that captures the Republican primary race between Jan Morgan and Asa Hutchinson…
The conservative underdog chasing the super sized Rino 🙂..😂😀

I have no idea who started it but, thanks for the good laugh! pic.twitter.com/WfzlPrFNsu

Previous Trump Celebrates “Peaceful” Iranian Protesters, Called For Violence Against US Protesters At His Own Rallies
Next White House: Only The Press Has An Issue With Trump’s 91 Golf Course Visits In His First Year [VIDEO]