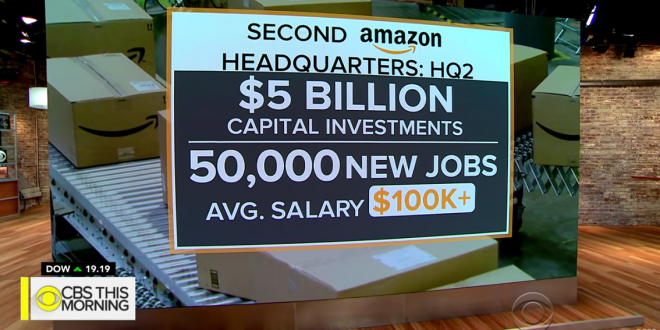 Amazon said on Thursday that it had whittled the list of possible homes for its second headquarters down to 20, including centers of technology like Boston as well as some surprise locations like Columbus, Ohio.

The company, based in Seattle, selected the finalists out of a pile of more than 238 applications submitted by local officials in Mexico, Canada and the United States — all of them eager to attract the 50,000 high-paying jobs the company says it could bring. When the unusual public contest was announced in September, it set off a public charm offensive by the applicants, with many local officials trying to entice Amazon with tax breaks and other benefits.

The process will now shift into a new phase, with Amazon representatives communicating more directly with finalist cities as they prepare to select a winner later this year, and perhaps with cities being even more outspoken about why they should be chosen.

Amazon reviewed 238 proposals from across the U.S., Canada, and Mexico to host HQ2, the company’s second headquarters in North America. Today, Amazon announced it has chosen the following 20 metropolitan areas to move to the next phase of the process (in alphabetical order):