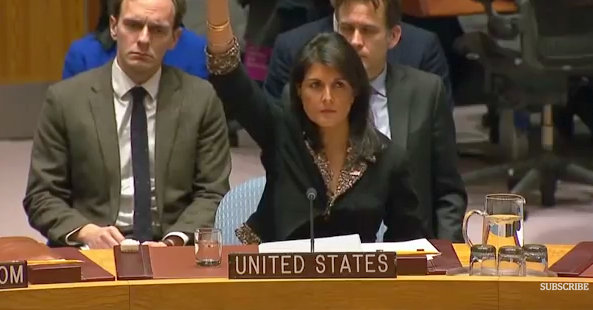 Via press release from Nikki Haley:

Today, the United Nations agreed on a budget for the 2018-2019 fiscal year. ‎Among a host of other successes, the United States negotiated a reduction of over $285 million off the 2016-2017 final budget. In addition to these significant cost savings, we reduced the UN’s bloated management and support functions, bolstered support for key U.S. priorities throughout the world, and instilled more discipline and accountability throughout the UN system.

“The inefficiency and overspending of the United Nations are well known. We will no longer let the generosity of the American people be taken advantage of or remain unchecked. This historic reduction in spending – in addition to many other moves toward a more efficient and accountable UN – is a big step in the right direction. While we are pleased with the results of this year’s budget negotiations, you can be sure we’ll continue to look at ways to increase the UN’s efficiency‎ while protecting our interests,” said Ambassador Haley.

Last week the United Nations General Assembly voted 128-9 to condemn Trump’s plan to move the US embassy to Israel’s “capital” of Jerusalem. After the vote, Haley invited the 9 pro-US voting nations to a “friendship” reception.