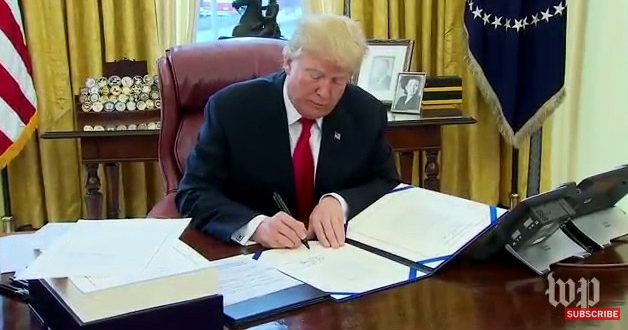 President Donald Trump signed the $1.5 trillion rewrite of the tax code into law at the White House on Friday capping off a victory lap before leaving to spend the holidays in Mar-a-Lago. “This is the bill, right here, we’re very proud of it,” Trump said according to a pool report.

The measure, known as the the Tax Cuts and Jobs Act, is being hailed by the GOP as the biggest legislative achievement for Trump and congressional Republicans. After the bill’s passage, Trump celebrated with Republican lawmakers at the White House’s South Lawn.

Previous Trump Hails Right Wing Group For Praising Him (The Same Group Yesterday Made News For Racist Texts)
Next MUNCHIES: Jack In The Box Targets Potheads