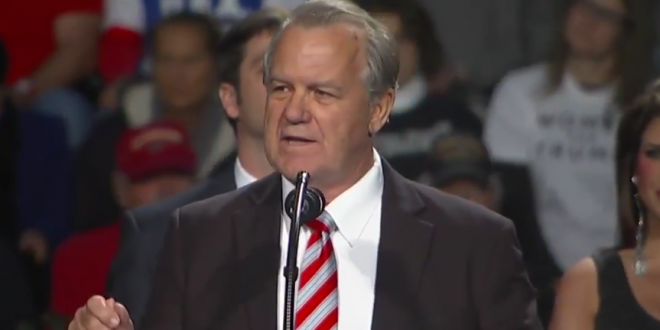 “Now I don’t know about you, but when I heard about Jerusalem – where the king of kings – where our soon coming king is coming back to Jerusalem, it is because President Trump declared Jerusalem to be capital of Israel.” – GOP Florida state Sen. Doug Broxson, joyously predicting the end of the world thanks to Glorious Leader. The arena roared in approval. Broxton, whose district includes Pensacola, is a graduate of Evangel University, the “first national Pentecostal school of arts and sciences.” Their school team is called the Crusaders.