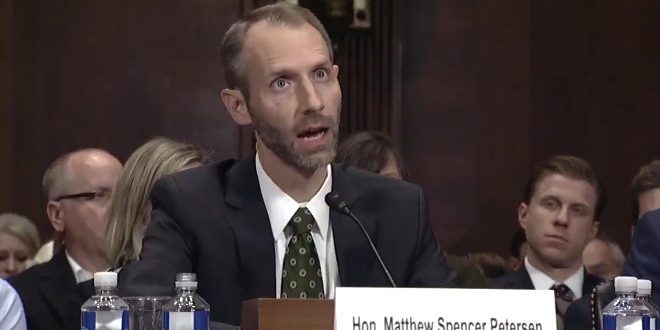 Matthew Petersen, a nominee to the federal judiciary, has withdrawn from consideration days after a video clip showed him unable to answer basic questions about legal procedure, the White House confirmed on Monday.

Petersen, nominated for a seat on the U.S. District Court for the District of Columbia, is the third Trump judicial pick to withdraw in the past week amid criticism from Democrats and others about their qualifications.

The video of Petersen that went viral on Thursday captured five minutes of brutal questioning by Sen. John Kennedy (R-La.) at Petersen’s confirmation hearing before the Senate Judiciary Committee the day before.