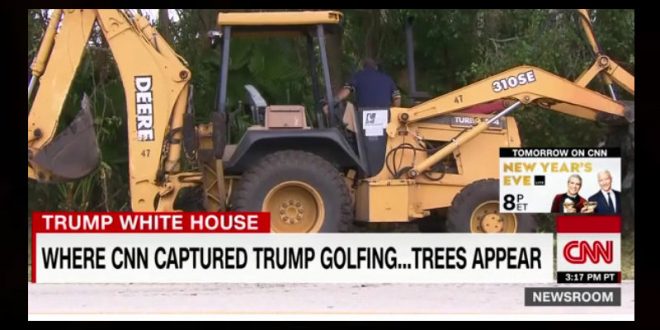 A CNN host said in a Saturday broadcast that trees have been placed where the network’s cameras once filmed President Trump playing golf at his Florida golf club.

“Yet today, CNN news cameras did not get any video of President Trump playing golf. And here’s why: where CNN cameras were once positioned, trees appear,” CNN host Ana Cabrera said during a newscast. “Yes, new trees are being planted there.”

The network charged a white truck appeared to have deliberately blocked their camera’s view at the club earlier in the week.

Previous Pope Francis: 2017 Was A Year Of Lies And Injustices
Next Happy New Year, JMG Community!