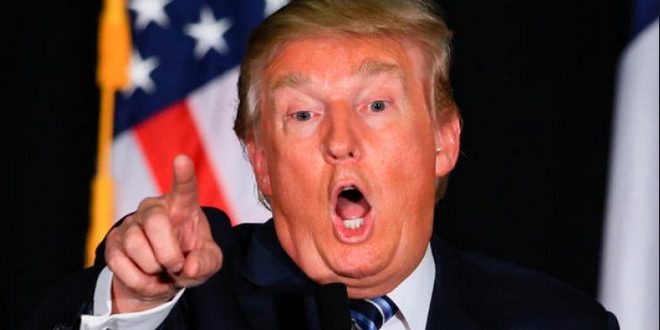 President Trump is asking his supporters to help him award a “Fake News Trophy.”

“Americans are sick and tired of being lied to, insulted, and treated with outright condescension,” reads an email sent to supporters Thursday. “That’s why President Trump is crowning the 2017 KING OF FAKE NEWS before the end of the year.

“There’s no point in pretending that some journalists are anything more than peddlers of falsehoods and liberal propaganda,” it continues.

Axios notes that the email includes a list of nominees:

1. The ABC News story incorrectly claiming Trump ordered Michael Flynn to contact Russian officials while a candidate. He actually did this as president-elect. ABC has since corrected the story

2.The CNN story claiming Trump and Trump Jr. were given access to WikiLeaks documents. This was actually publicly available information, and CNN has corrected the story.

3. TIME reporting that a bust of Martin Luther King, Jr. was removed from the Oval Office by Trump. TIME corrected that story, and the reporter apologized.

The email came from the “Trump Make America Great Again Committee,” a joint project between the RNC and the Trump 2020 presidential campaign. Previous GOP House Rep: “Divisive” Trump A Factor In My Exit
Next Alabama Officials Certify That Roy Moore Is A Loser